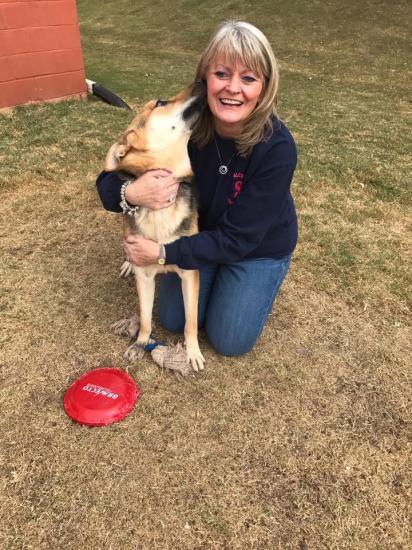 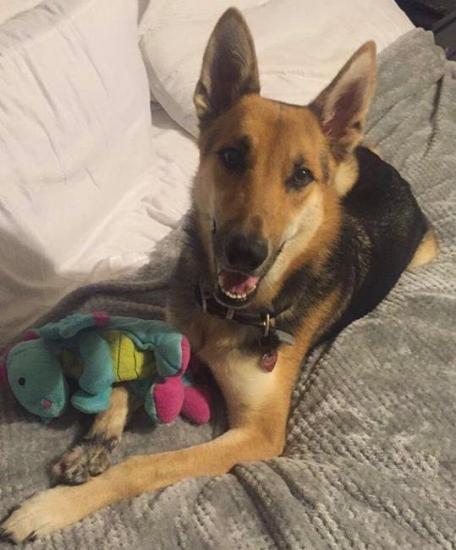 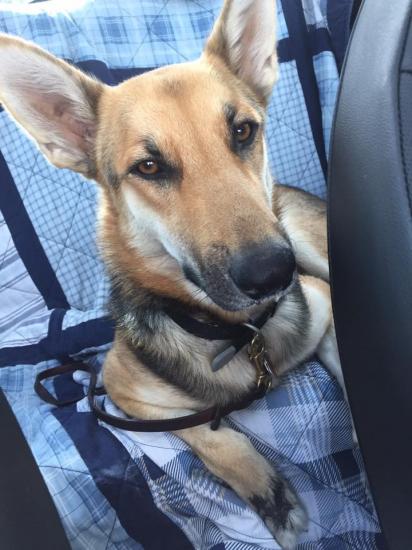 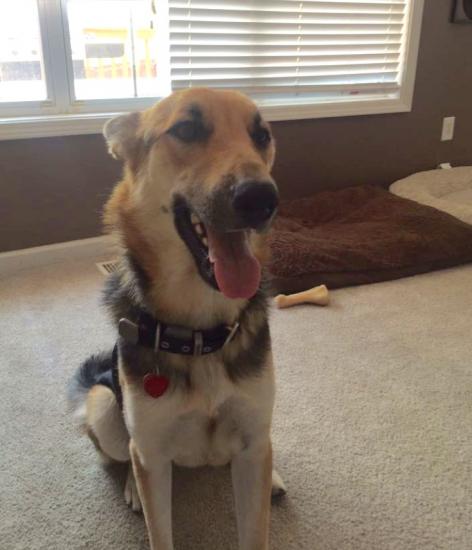 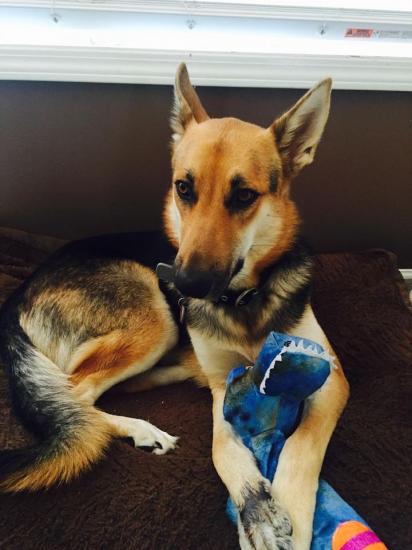 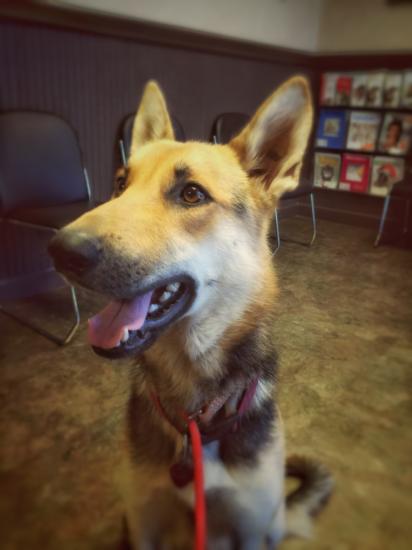 10.28.16 Are you ready to hear about our pretty-perfect boy , EJ? Check him out! He is awesome with cats, dogs big and small, senior dogs, puppies, and has even been horse tested and passed! He loves his human and once he feels safe and knows you he becomes your shadow. He loves to go for car rides, pretty much anywhere you go, he wants to go too! He is a good "guard" dog, as he makes sure to alert his foster to what is going on around her, but isn't an over barker. EJ is great with children and already knows sit and stay! He is awesome in the crate and kennel, but is not destructive if left out. This handsome fella LOVES his toys. He will play fetch for days and is pretty good at it if we say so ourselves.

His foot is healing well. After seeing a board certified dermatologist, he is now receiving the right kind of antibiotic and we are finally seeing a response! Cosmetically, he will most likely never regrow hair on the top of his foot, and the nails that have fallen off may not return, but he is finally able to play and run like the best of them! He still occasionally favors it, but we believe it is more of a habit since it does not seem to bother him at all when touched or when its time to romp around in the yard. This kid loves to play and his foot no longer slows him down! He is still working on the typical training and manners any one year old shepherd must learn, such as pulling on a leash and respecting personal space- but he is extremely smart and motivated! He goes to doggy daycare Monday-Friday while his foster mommy works and is all the dog's best friend while he is there!

EJ is extremely smart, loyal, and loving, and for a German Shepherd he is pretty laid back! You don't want to miss out on this guy, we promise you that!

8.26.16 Eiko, now called "EJ" (Eiko Junior) is being fostered by the family who lost the dog he was named after... If you followed all of that, it is a pretty sweet story! They have reported he is a 60lb lap dog and has eyes that will melt your heart! He has spunk and is fun, but calms down and LOVES to snuggle too! He is crate trained and is great with other dogs!

7.27.16 Sweet Eiko was a stray and ended up in animal control in rural Georgia. He was adopted from there but had an injury on his foot. The new owner tried to fix it but it only got worse. He was then turned back in as an owner surrender and was urgent. We met him and fell in love. We saved Eiko and are trying our best to get his foot under control! He is GREAT with dogs, didn't make a peep in a crate although he doesn't need one since he is housetrained. he is an all around great boy and we are going to find him an AMAZING family! If you think that's you, apply today! He may not be available yet if his foot isn't healed, but we will accept applications for him.