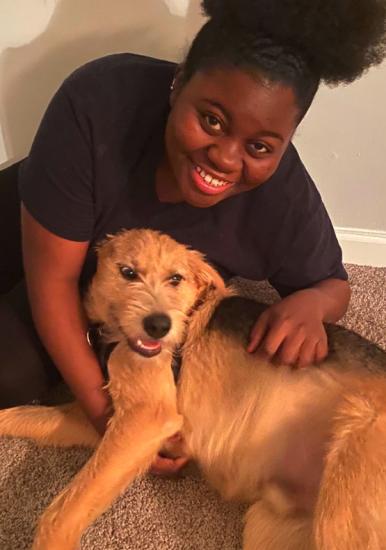 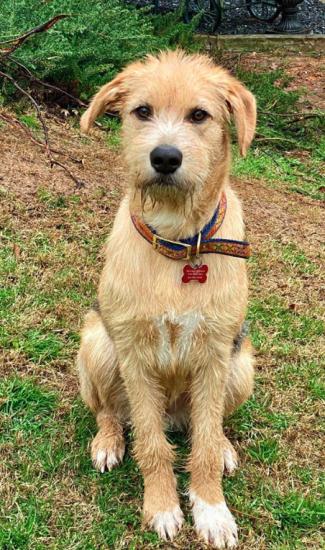 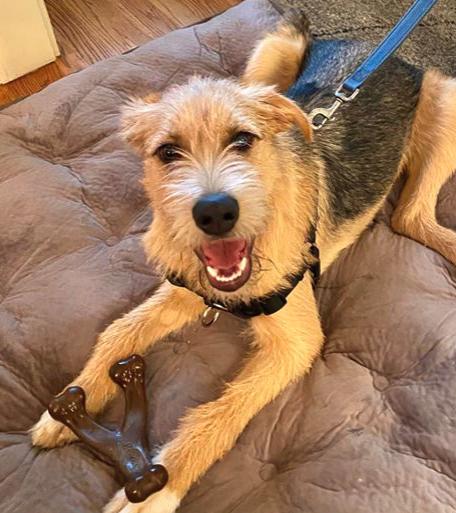 It’s a match made in Heaven! Scooby was releashed To Brianna, who gets to take her new best friend to work each day, play with other days and go on hikes next to the river.

Backstory- Scooby was returned to Releash after the former adopters realized that they were not cut out for caring for an active puppy. He was kept in a crate at home and spent most days at doggy day care. Brianna works at Puppy Haven and formed an immediate bond with Scooby. After a 2 month friendship, she cried when she found out Scooby would not be returning to doggy day care and that he was being re-homed. Scooby was so excited to see her when she came for the meet and greet