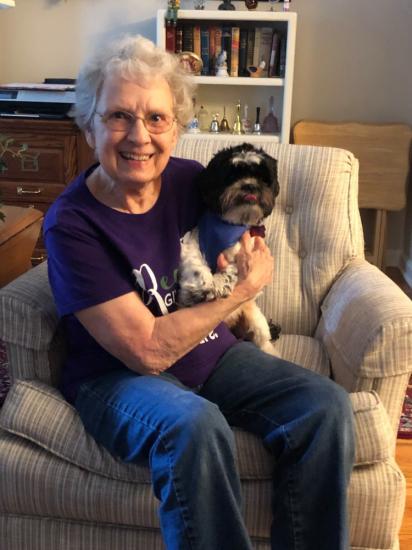 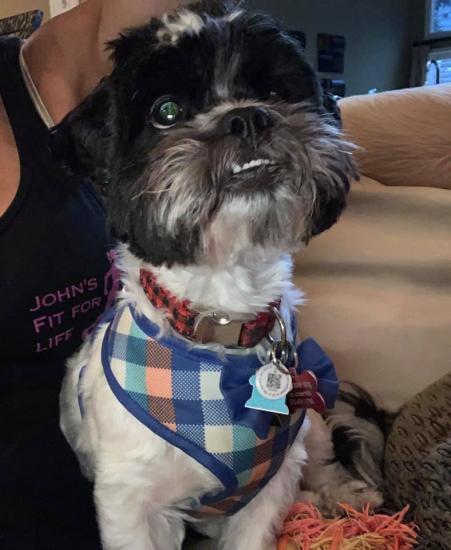 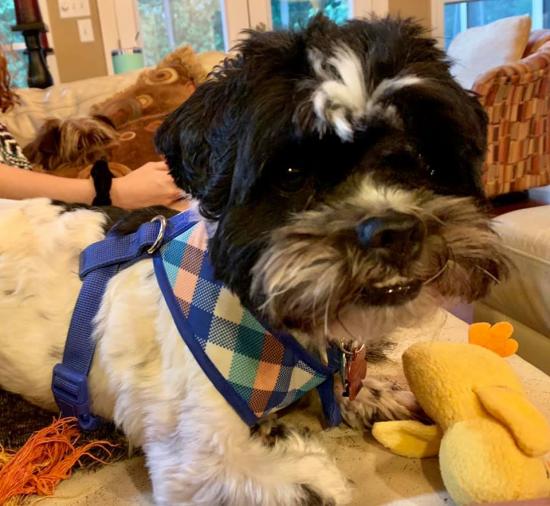 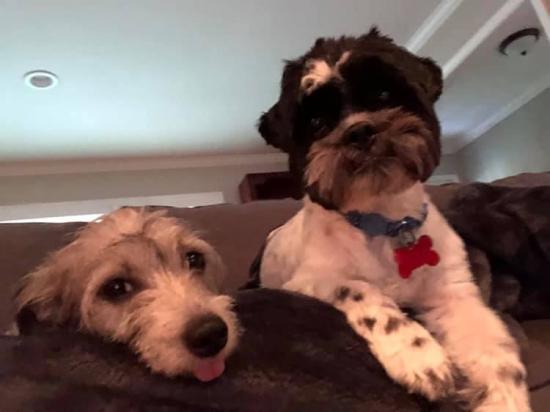 Cooper (now Sparky) has been RELEASHED to the Gerry!!! Cooper came to us after he was abandoned at a dog groomer. He came with Christmas sweaters (that he LOVES to wear) and copies of the paperwork where he was originally adopted from a shelter 2 years ago (WHAT?!). He was a little shy when he first arrived at our house, but in a smaller crowd his personality has really blossomed. He loves head pets, belly rubs, and can squeak a toy like nobody's business. Gerry is retired and has a lovely home with a fenced area that Sparky already loves. She has been looking for a special pup companion and she found her perfect match! She has an extended family full of dog-lovers - her daughters met him recently and are already in love. Cricket (Sparky’s new feline sister) says she never asked for a dog. But Gerry thinks they'll get along great as long as Sparky remembers that Cricket is the boss. :)